The following screen captures are representative of models for antennas in use or proposed.

Some assumptions are made as to height and angles.

The comparisons should be generally valid though refinements in dimensions will yield slight changes in Z and Gain dBi.

Bear in mind these are works in progress. 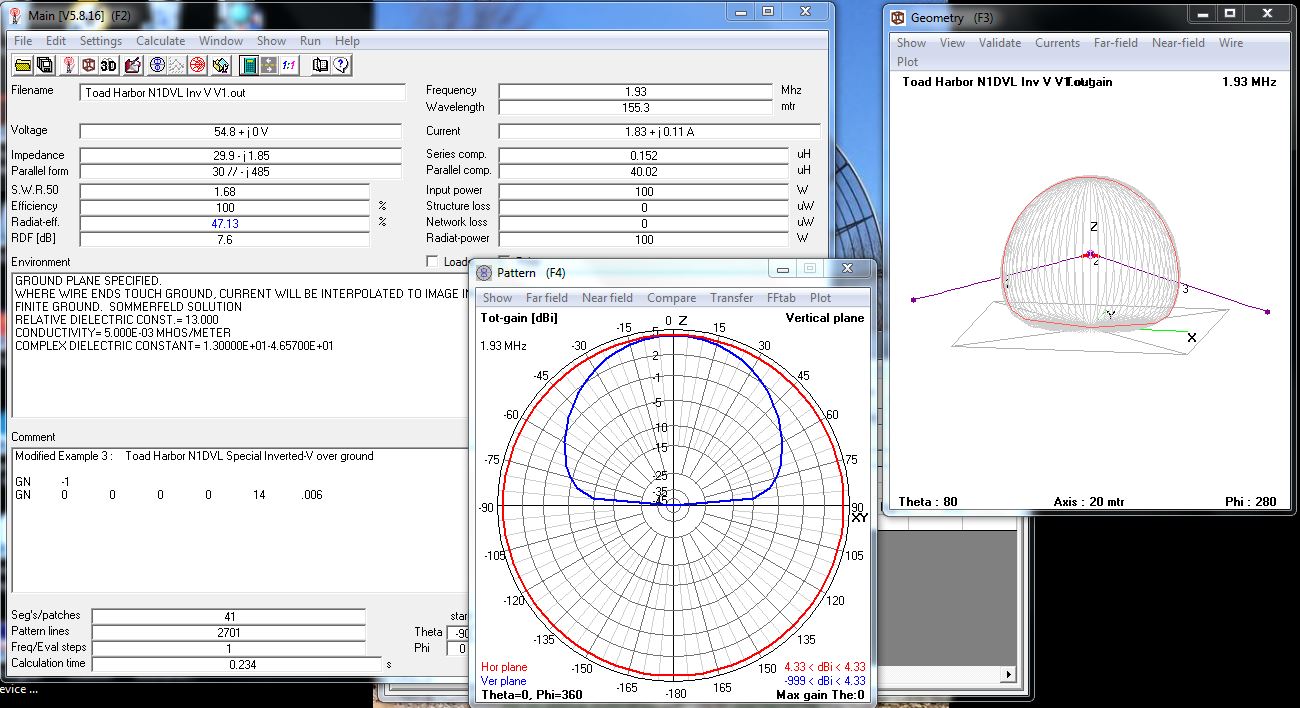 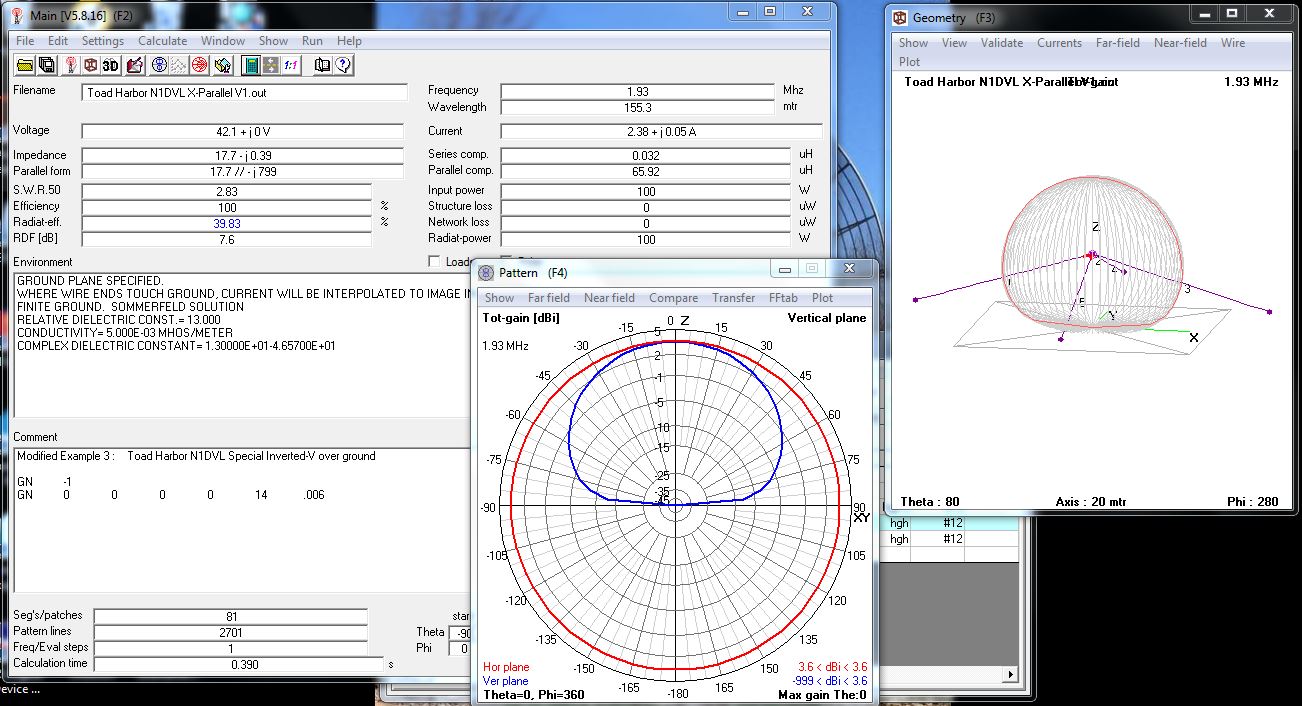 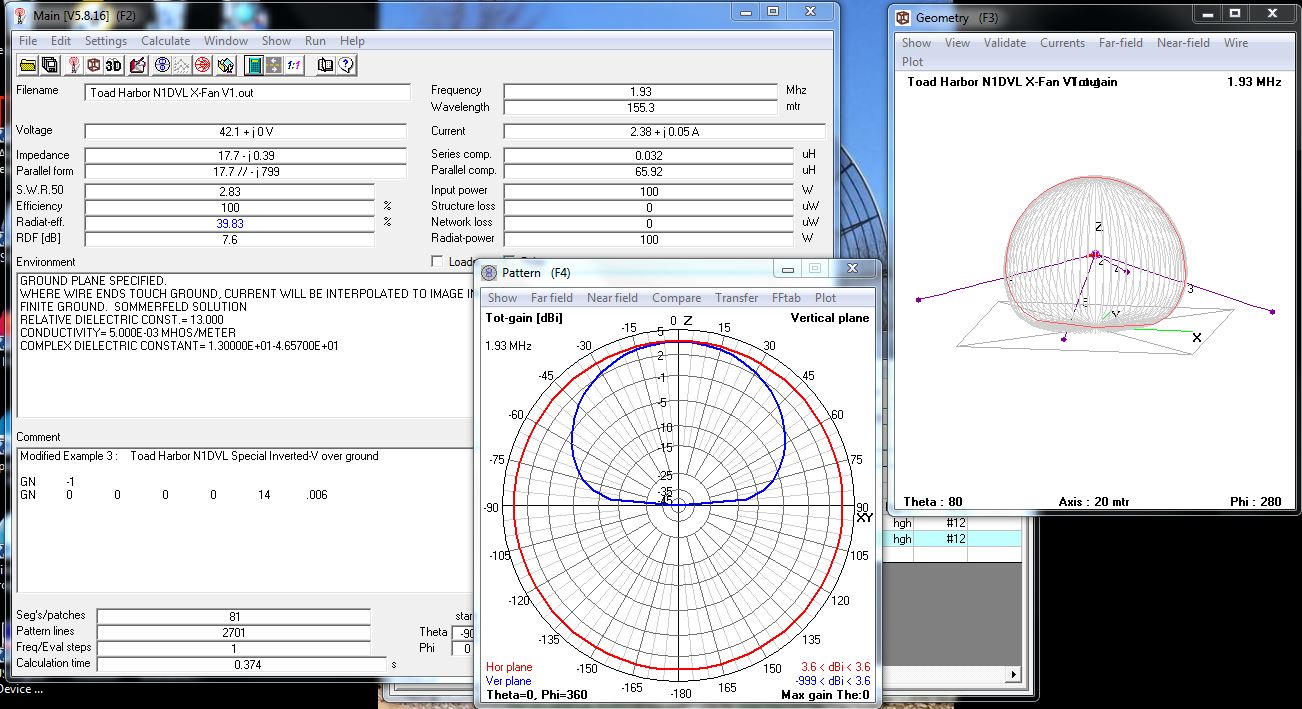 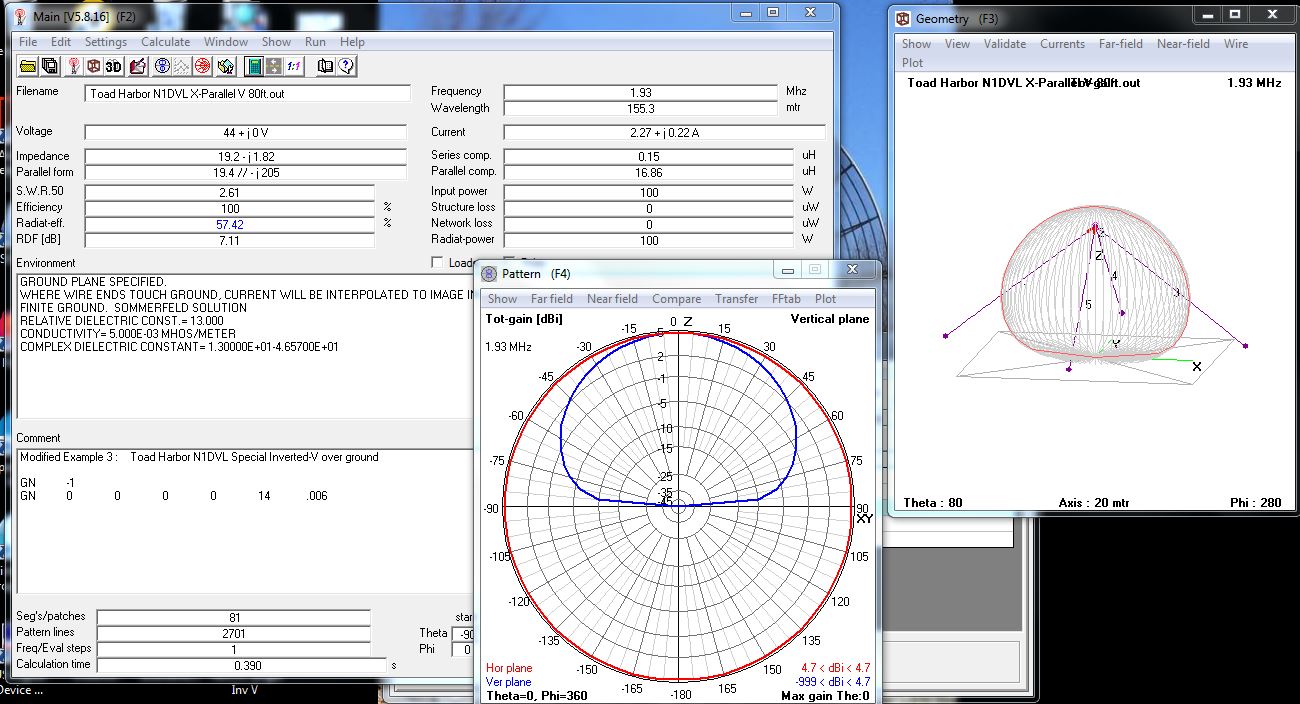 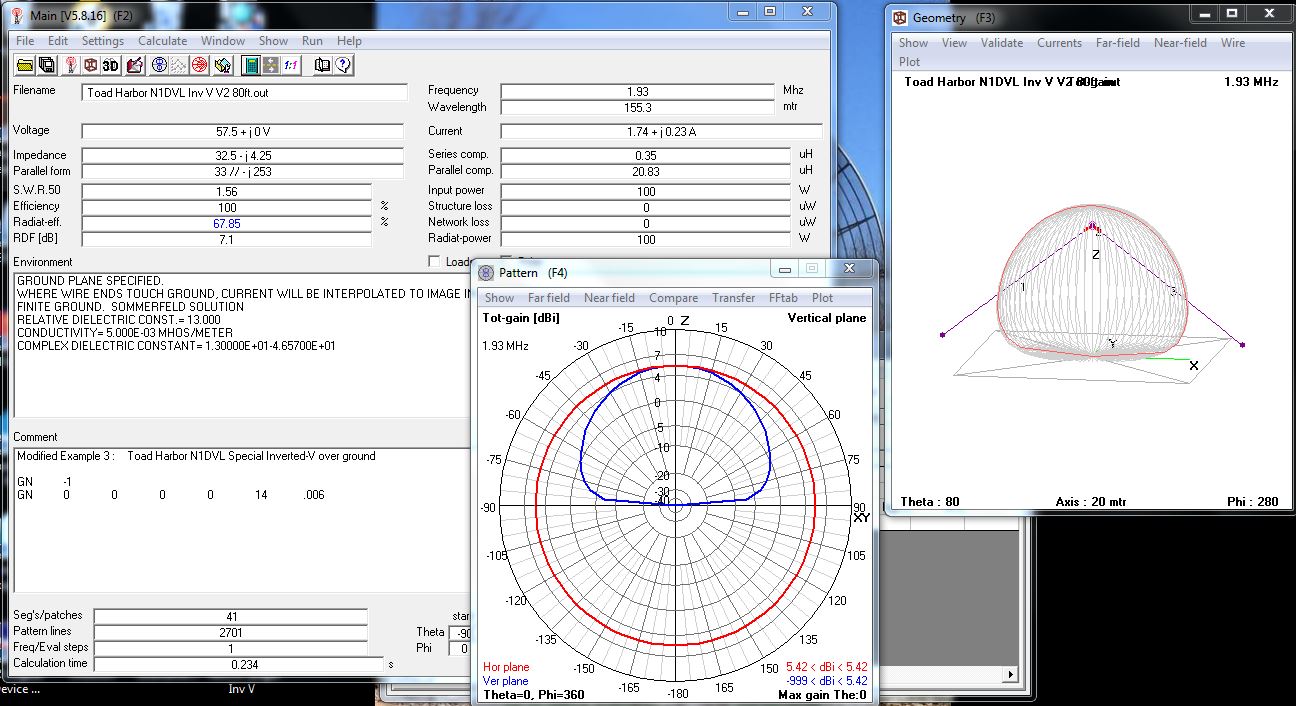 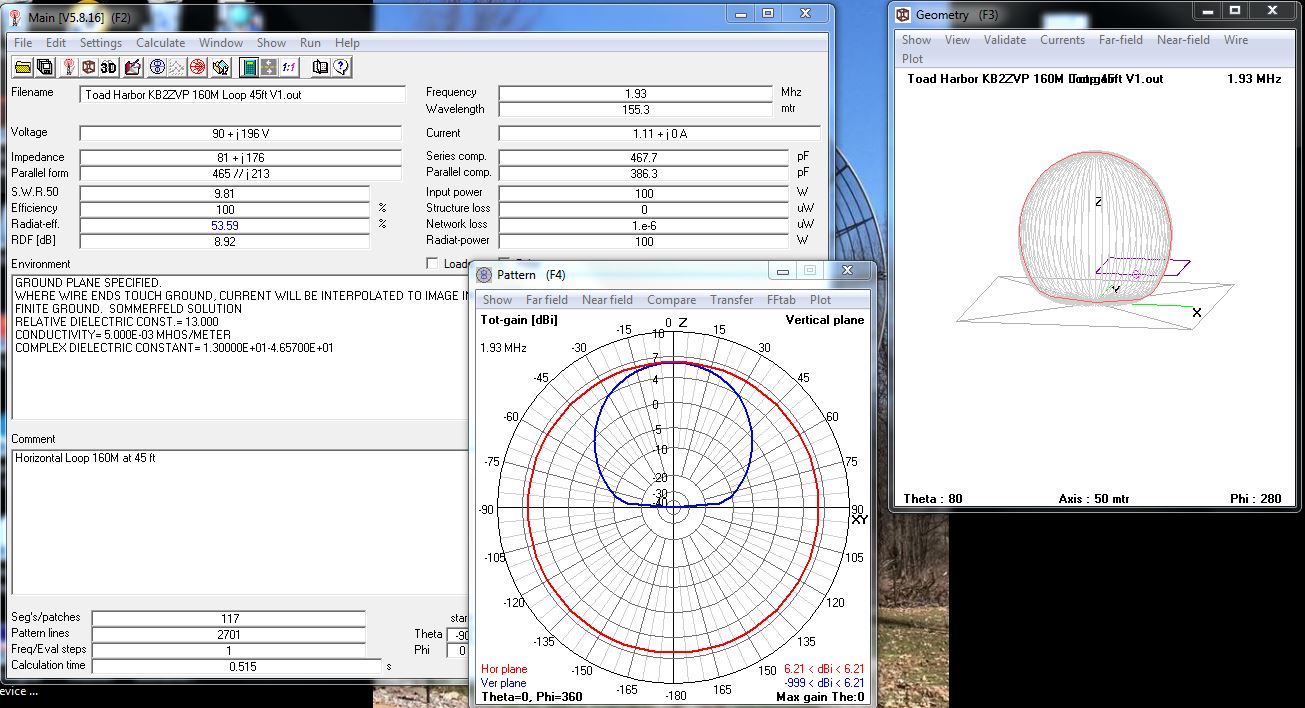 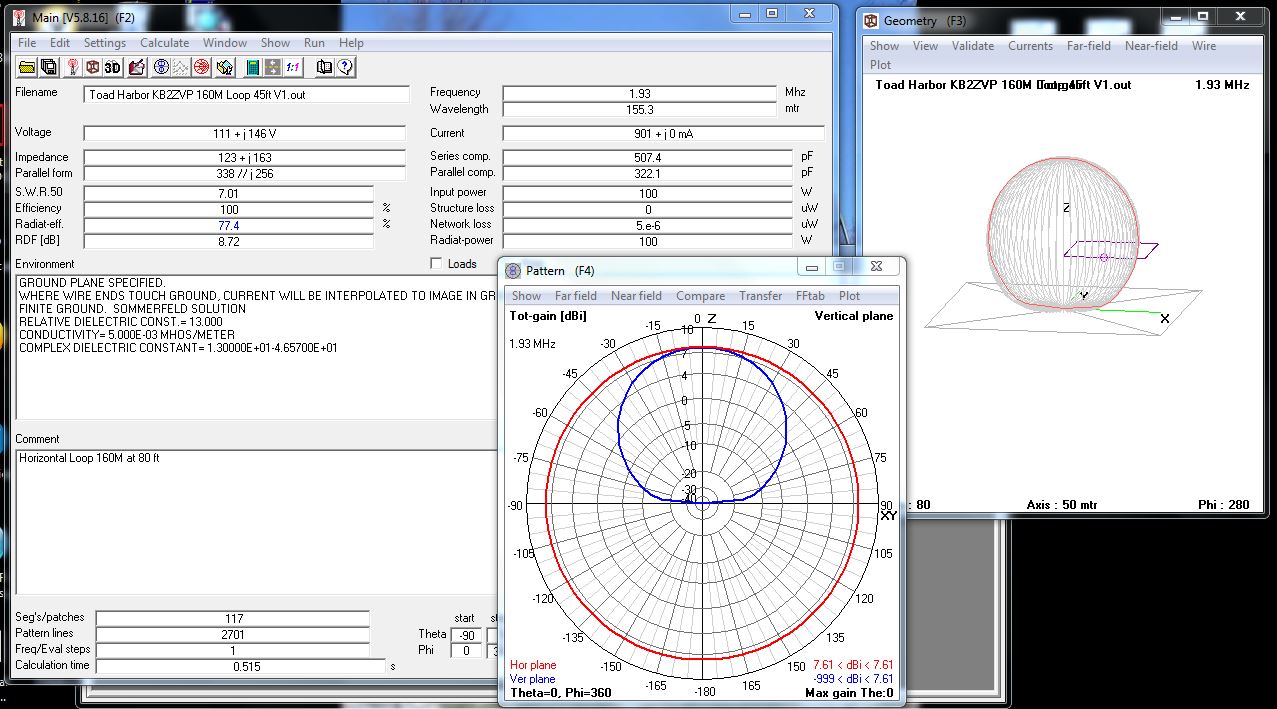 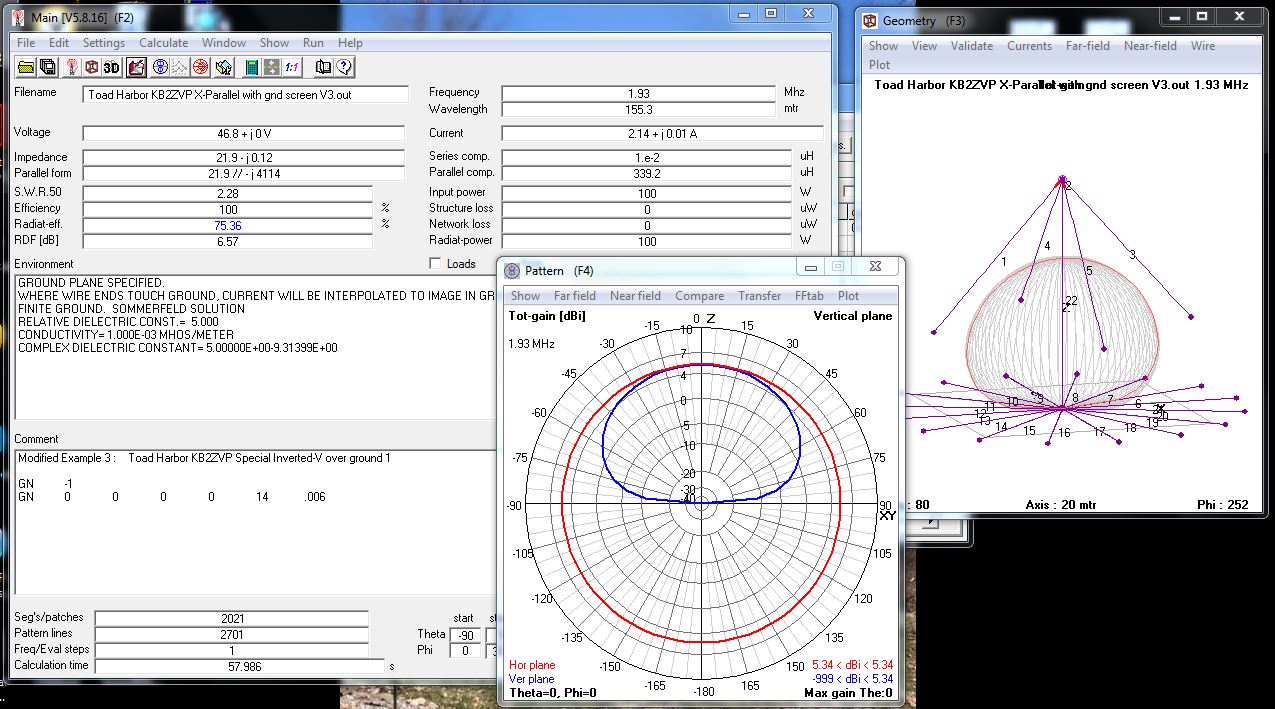 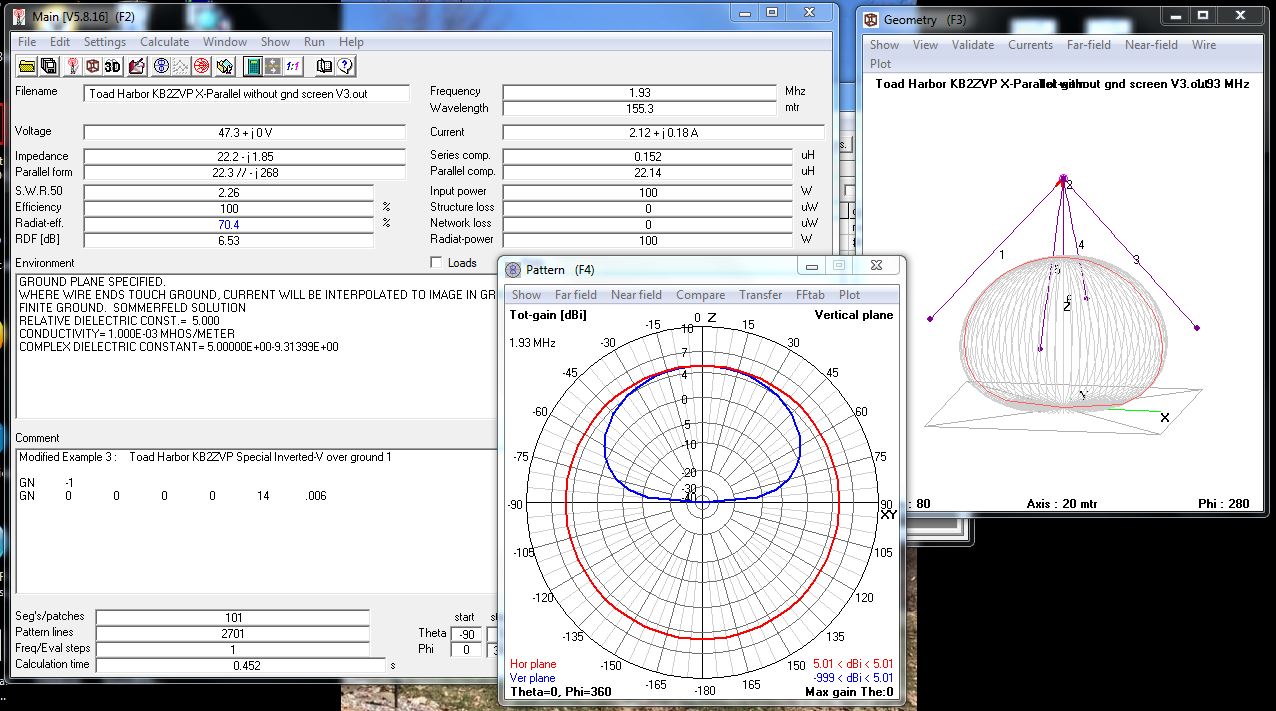 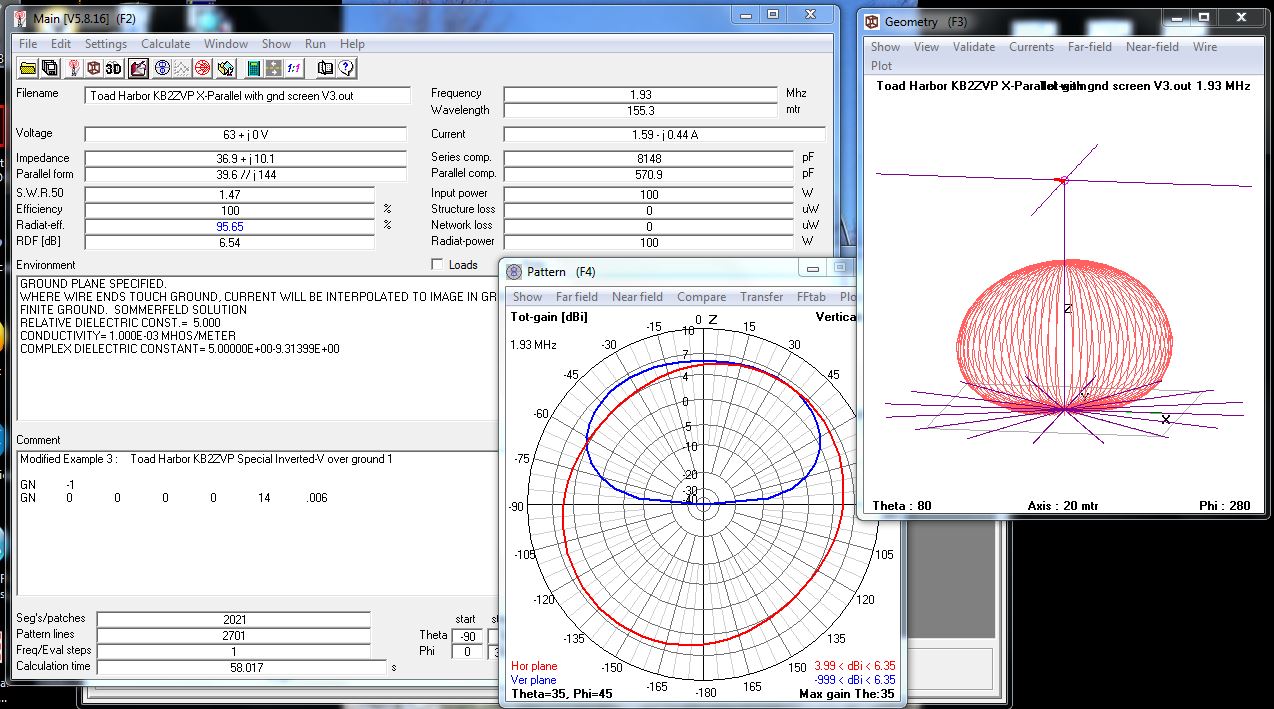 KB2ZVP Vertical at 120ft with 16 radials 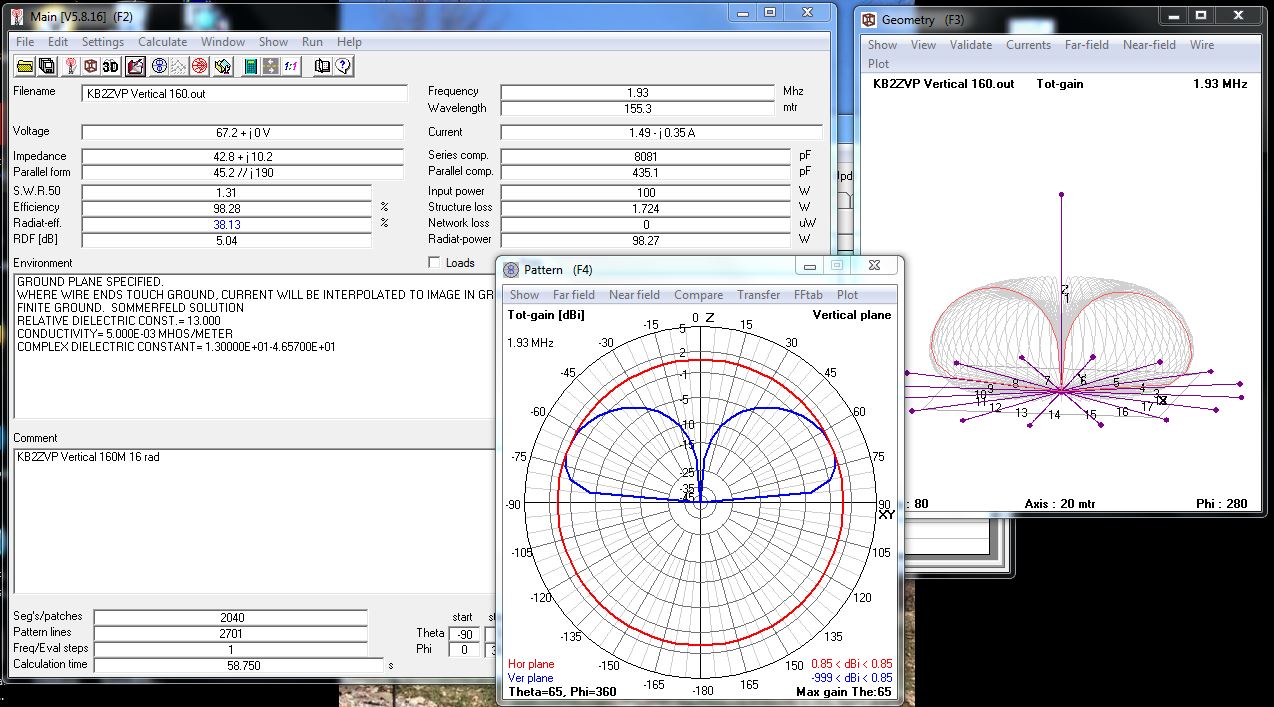